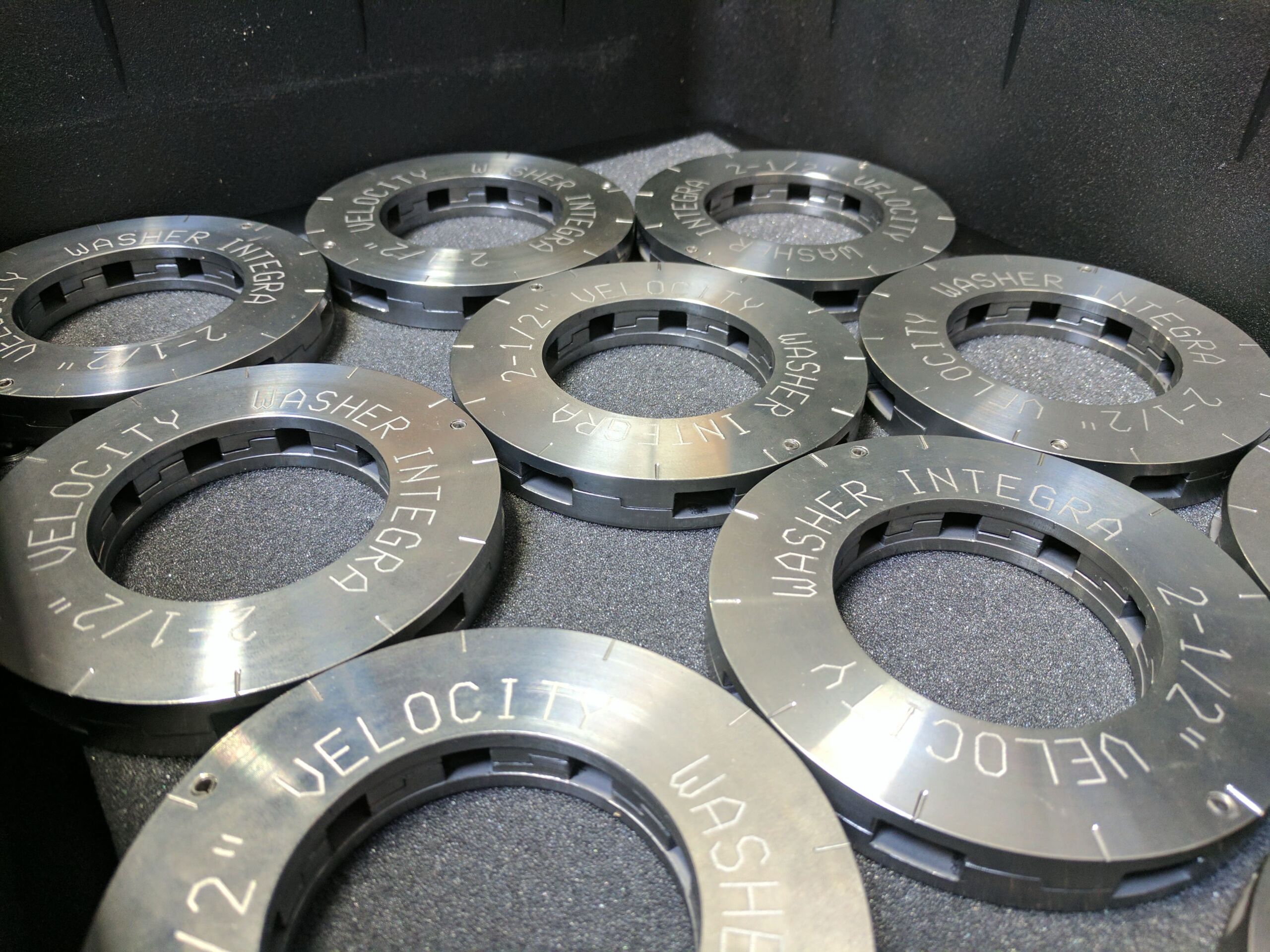 Case Study: Use of Velocity Washers™ on reactors in a chemical corporation in the United States

Problem: The corporation had 3 reactors that go down for maintenance on a rotational basis every 3 months. They had issues removing the “Mini Core” at the bottom of the reactor, which should take 4 hours, but actually took a day and a half to open.​The issue was galling as they get one thread of turn before the nut sticks. Tried Hydraulic Nut Wrenches, and worked slightly better, but that sheared the bolt so caused more issues. Needed a faster way to remove the mini-core as this is a critical path.

INTEGRA solution: We originally looked at Hydraulic Nuts for the issue, but the cost of outfitting 3 reactors with them was cost prohibitive. We then suggested looking at the Velocity Washers, which they tried on one of the reactors as a test. The “Mini Core” took less than an hour to remove, which was better than they had expected. They will now be installing Velocity Washers on each reactor and the Velocity Washers will become part of the bolting plan for the reactors. 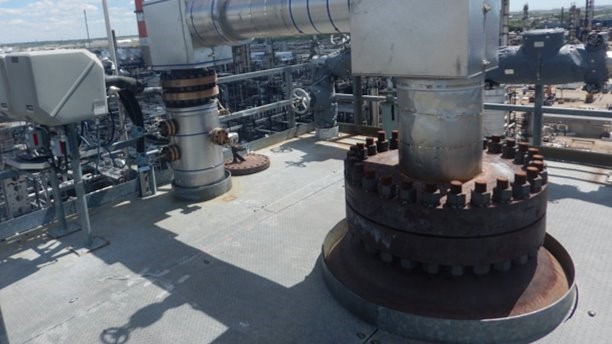 Problem: The company had issues with breakout on their Gooseneck Manway. They were having issues with seized nuts on the manways, taking over a shift to breakout. This involved torching nuts off and they damaged the flange face at the same time.​ They needed a quicker way of disassembly, which would solve the issue of seized nuts. 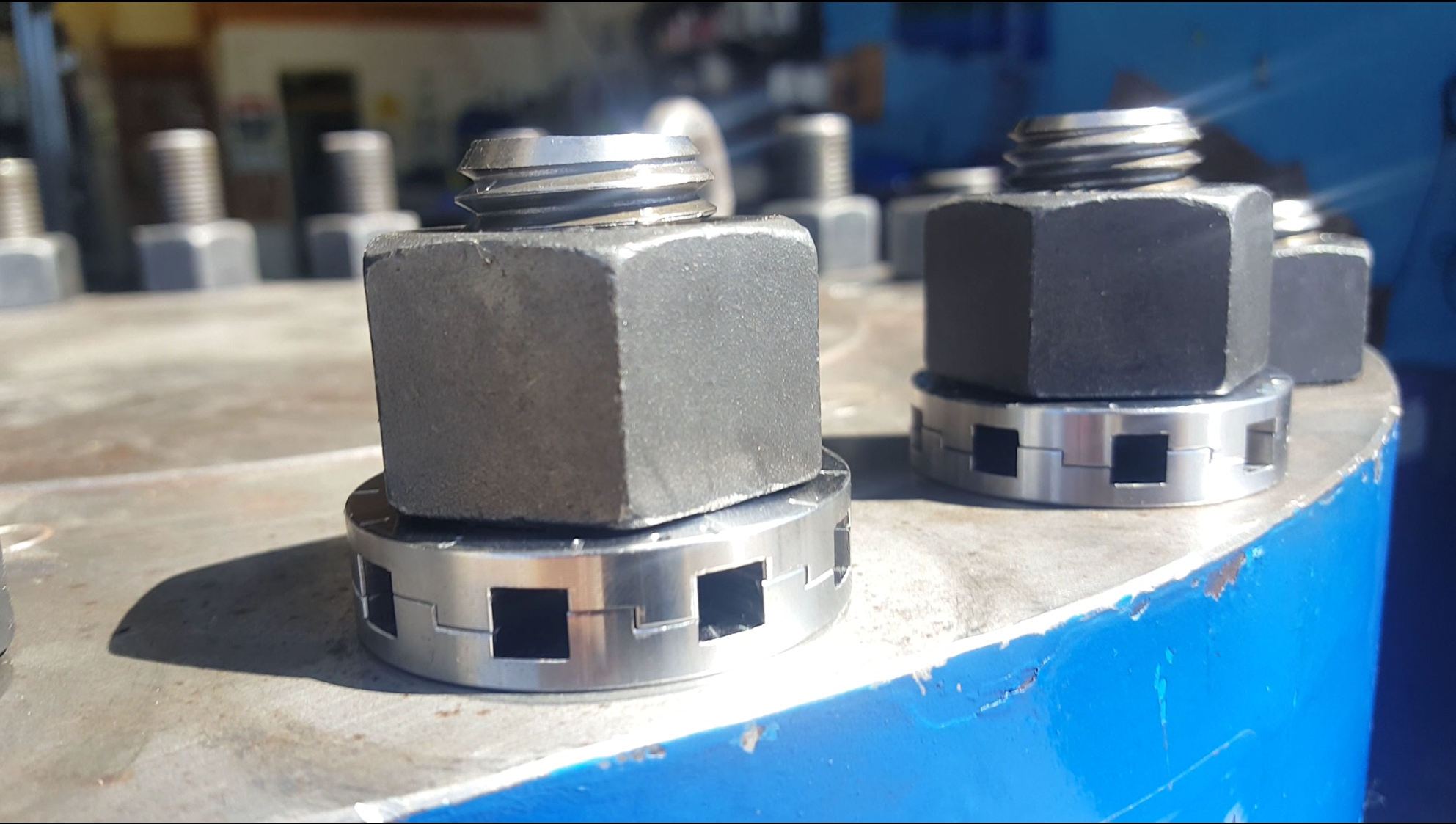 Problem: An oil refinery had issues with disassembly on reactors 67E11 and 67E21. They were budgeting 10 hours to disassemble each reactor, cutting many of the bolts. As is was a critical path application, they needed to bring this time down.

Case Study: Use of BlackHawk high-temperature hydraulic nuts on reactors

This case study highlights the use of BlackHawk high-temperature hydraulic nuts on reactors to achieve predictable fast and accurate assembly disassembly and operational reliability the application itself is eight large reactor units at a major North American oil and gas refinery the operator installed Blackhawk nuts on both the top and bottom cover plates of each reactor the Blackhawk nuts replaced the standard heavy hex nuts that were torqued in the past the reactors have an operating temperature of four hundred ninety degrees Fahrenheit each cover plate flange consists of 24 two and a quarter inch be 16 bolts all studs on the cover plate are loaded simultaneously using hydraulic pressure to achieve a safe reliable and accurate final load of two hundred nine thousand one hundred pounds to start BlackHawk hydraulic nuts are installed on existing studs hydraulic hoses are attached to distribute the hydraulic pressure which is applied through a pump by the operator the pressure produces a force that stretches the bolt the locking collar on each hydraulic nut is then turned until it contacts the nut body all hydraulic pressure is then removed from the system and the bolt load is held mechanically not hydraulically then the hoses are removed followed by the hydraulic nipples and the holes are plugged that’s it accurate pressure is applied in one simultaneous pass to remove the Blackhawk nuts the process is reverse using the same fast reliable and safe procedure the refinery decided to utilize BlackHawk nut technology on their critical assets to ensure certainty of outcome this certainty was delivered in a number of ways reliability in this application the top benefits to the refinery our reliability and predictability their previous method of bolting had caused them headaches in the past by creating significant time delays that affected their bottom line by utilizing the Blackhawk nuts the job was done right every time for both assembly and disassembly speed not only were they able to get the job done reliably with their own manpower but assembly itself only takes 55 minutes a significant time savings versus torquing complete disassembly is even shorter only 45 minutes to finish all bolting work and have the cover plate ready to be lifted safety the refinery also keeps their personnel safe by using Blackhawk nuts being a completely hands-off technology the risk of pinch point injuries associated with torquing is eliminated accuracy to keep operations running safely and leak free every refinery needs the highest level of certainty of outcome and in this case it’s provided by precise boatload accuracy there is no guesswork when it comes to blackhawk nuts whatever bolt load you require this patented technology will deliver by a simple activation of a hydraulic pump this ensures zero leak operations and eliminates the potential for galling no more risk of stuck studs that can lead to cost overruns and potentially compromised asset integrity due to over sized holes in summary Blackhawk nuts provide this refinery with certainty of outcome by enabling them to predictably shorten their critical path schedule during turnaround projects being custom-made for your specific application they could do the same for you Blackhawk engineered products by INTEGRA technologies faster, better, safer.